Anzizu, López & Castellanos’ origins date back to January 1904 when José María de Anzizu Morell joined the Ilustre Colegio de Procuradores de Barcelona (Barcelona Court Liaison Association) and founded his own firm. He soon gained important clients such as La Canadiense, Grupo Girona and La Maquinista, as well as banking institutions such as Caja de la Diputación de Barcelona and the Bank of London & South America. He also excelled in the social field and was involved in the founding of the Orfeó Català (Palau de la Música),. His firm was collectivised in 1936 and he passed away two years later in 1938.

José Ignacio de Anzizu Borrell reopened the firm in 1939, continuing his father’s legacy. In 1947, La Canadiense was declared bankrupt and for more than twenty years, the firm handled hundreds of lawsuits involving the company, which later became Fecsa and Endesa. It is one of the most important court cases in Spanish legal history. In 1958, the involvement of Anzizu Borrell and other former students of the Jesuitas de Caspe school led to the founding of Escuela Superior de Administración y Dirección de Empresas (ESADE). This business school not only helped the our firm to grow but also aided in its progressive computerisation.

The firm was inherited by Antonio de Anzizu Furest in 1969. He renewed the company from top to bottom and increased the number of internships for university students, including Federico Barba Sopeña, who joined the firm in 1971. 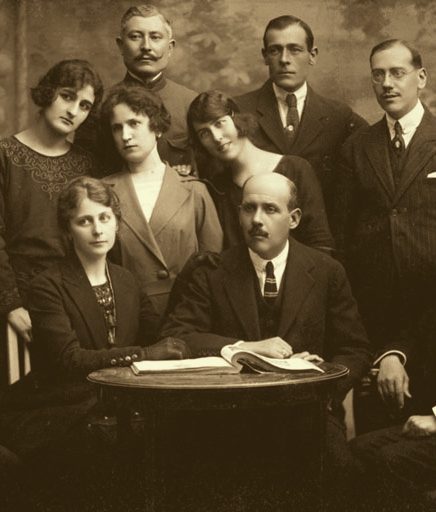 Computerisation took place during the seventies with the introduction of a pioneering program for the firm’s accounts and computerisation of procedures.

The firm expanded its staff and its clients grew until, in 1998, it became Anzizu, Barba & López when Ignacio López Chocarro joined the firm. By then the firm was a century old and it has since been renewed with the arrival of Ignacio de Anzizu Pigem in 2009 and Eulalia Castellanos Llauger as partners in 2014. During this period, management of financial and administrative services was handled by Alberto Burés, a chemical engineer who graduated from IQS.

Since Federico Barba and Antonio de Anzizu retired, Anzizu, López & Castellanos begun a new stage, moving into new, more modern offices in c/Juan Gris, next to the Ciudad de la Justicia (City of Justice) in Barcelona and also starting new activities in Madrid in 2018. Now in its fourth generation of court liaisons, the firm has remained faithful to its long history, while always looking to the future.